On Tuesday 23rd March the 1,300-foot-long Ever Given container ship found itself lodged sideways across the Suez Canal in Egypt. The ship is operated by Taiwanese transport company Evergreen Marine and is one of the world’s largest container vessels. The blockage prevented other ships from traveling through the busy trade route that connects the Mediterranean and Red seas.

First opening in 1869, the canal provides direct access to the Red Sea from the Mediterranean, preventing ships from needing to take a trip around Cape of Good Hope in South Africa to access Asia and beyond. This not only saves on average 3-7 days of travel (depending on where you are transporting goods to) but also reduces greenhouse gas emissions. Due to its positioning, about 12% of global trade, around one million barrels of oil, and roughly 8% of liquefied natural gas pass through the canal each day. BBC News reported that during the 6 days that the canal was blocked, it was estimated that the ship held up around $9.6billion of trade each day.

As the world watched over the 6 days until the ship was eventually freed on the 29th March, satellites were able to capture images of the ships and the knock-on effect it had as other ships queued waiting to enter the canal.

The view from Airbus’ Pleiades satellite taken early Thursday morning (25th March 2021) shows high resolutions of the ship, showing just how much detail can be captured from space, with the container ship clearly visible.

On the 24th March, Capella’s constellation captured the Ever Given container ship blocking the Suez Canal with very high resolution 50 cm imagery, showing a different viewpoint of the lodged shipping container, as other vessels tried to refloat the ship. 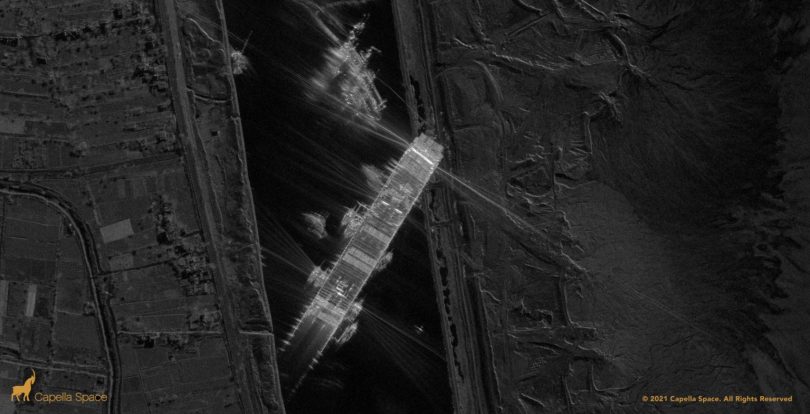 One of Planet’s constellations caught a glimpse of the ship on March 25, showing the container ship stuck in the Suez Canal (top left) and the queue of ships waiting to enter the canal from the Red Sea. 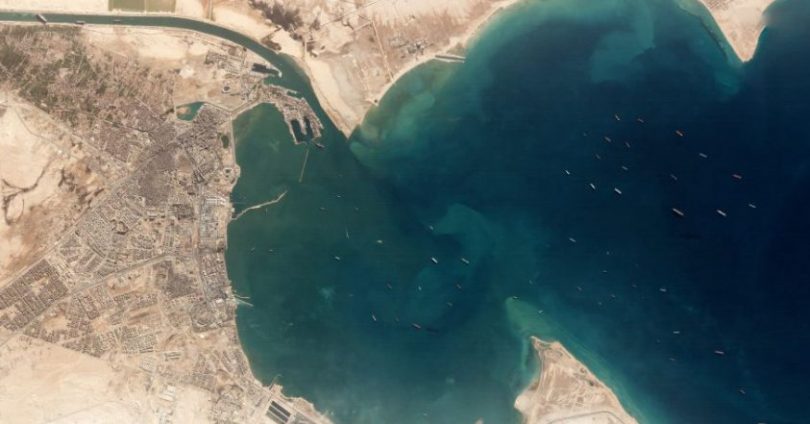 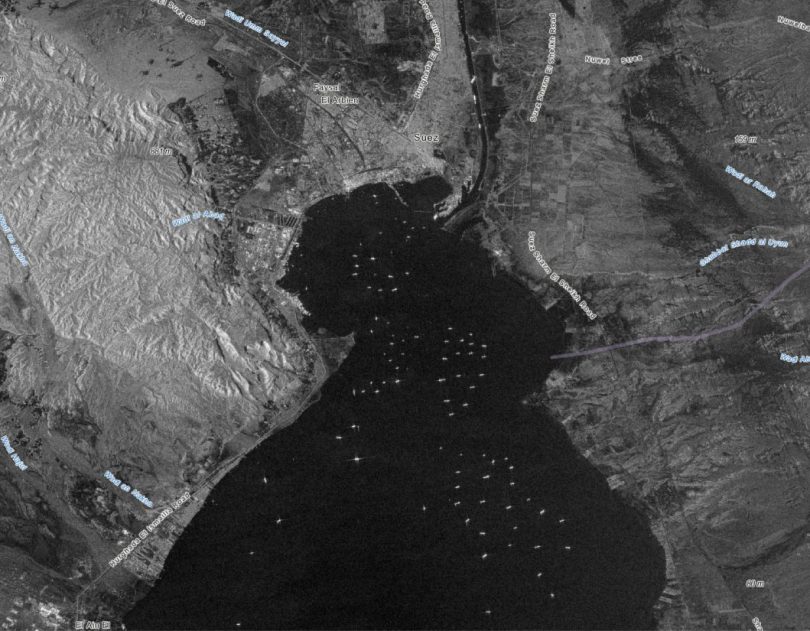 This the incident, work has now began to expand the size of the canal. The Suez Canal Authority (SCA), has announced a 18.6 mile stretch of canal will be widened by about 131 feet (40 meters) and deepened by 32 feet (10 meters) to improve the movement of ships in the area.

More From This Author

4EI are an industry leader in the Earth Intelligence sector. We are a customer-first company who work with agility and an innovative mindset. We are committed to providing solutions that truly add value and directly impact your projects.

Get in touch to start a conversation about how our applied intelligence services can transform the way you use data.